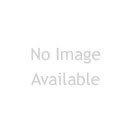 The first jockey skull to incorporate the Multi-Direction Impact Protection System (MIPS), the Charles Owen MS1 Pro Round Skull is also certified to three international equestrian standards to ensure riders feel protected whether on the roads or galloping the fields.  This hat features a rounder fit than the Charles Owen MS1 Pro Skull. Highly ventilated and also featuring a padded harness this great hat for every day as well as competition.

MIPS is a technology which allows a helmet to slide relative to the head, mimicking the scalp, it was developed by the Royal Institute of Technology in Stockholm, Sweden and has been used in cycling helmets for many years. This hat features a low friction layer inside which allows the outer hat to slide 10-15mm in all directions. This layer helps to reduce the tangential forces transmitted to the brain during impact potentially decreasing the risk of severe brain injury.

Charles Owen has added MIPS to 'top-up' protection rather than replace coverage already held by the helmet safety standards.

For more information on technology check out Charles Owen's page "News From Roy's Lab: MIPS" and MIPS Protection which has more detail about the MIPS system especially in relation to cycling helmets where the technology was first brought to the market.